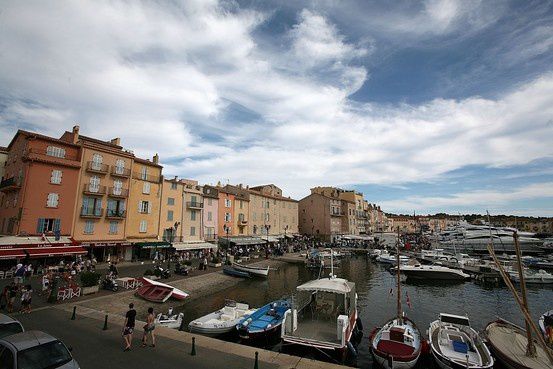 Municipal officials in the sunny Mediterranean resort of Saint-Tropez are in a cold sweat: The rush into the Swiss franc is creating a time bomb for city finances.

The hometown of actress Brigitte Bardot on the French Riviera has a €6.7 million ($9.6 million) loan on its books that carries an annual interest rate tied to the Swiss franc, according to Saint-Tropez officials. The rate currently is fixed at 3.94%. Starting in May 2012, however, the rate becomes variable and rises when the Swiss franc appreciates against the euro.

Some officials in Saint-Tropez have calculated that, unless the Swiss franc falls off significantly from the peaks reached in recent days, the interest rate on the 20-year loan signed in 2007 would soar to 30%.

"This is devilish," says Verane Guérin, a member of the Saint-Tropez's municipal council, the city's parliament. "It would blow up our finances."

Like Saint-Tropez, many municipalities across Europe are saddled with loans carrying variable interest rates pegged to fluctuations in the Swiss franc, other foreign currencies or various commodity prices.

Jittery investors have been turning en masse to the Swiss franc and other assets deemed as safe havens amid growing concerns over sputtering economic growth in the U.S. and Europe.

The Swiss National Bank has battled to lower what it describes as a "massively overvalued" franc in recent weeks, flooding the Swiss franc market with liquidity and cutting interest rates to zero. It has stopped short, however, of intervening in the market.

The bank's efforts have paid off only in part. The euro has weakened 12% since Aug. 9, when it nearly hit parity with the franc, considered a critical threshold. But each new round of worries over the euro-zone crisis sparks a new bout of buying of the franc, and the current level of the franc is still damaging Swiss exporters. Late Friday, the euro was at 1.12 francs.


In Hungary, dozens of large cities are struggling with Swiss franc debts, and many are negotiating with bankers in an effort to delay repayments that they say they can no longer afford. Many of the Hungarian municipalities issued Swiss franc bonds before the 2008 financial crisis, which started the franc's spiraling rise. Nearly all the debt is held by local banks.

In addition, households across Hungary, Poland and Croatia have significant Swiss-franc debt, which has been weighing on domestic consumption in those countries, as people use their earnings to pay rising loan installments instead of buying new goods and services. All three nations have taken steps to ease the immediate burden on borrowers.

In Hungary, for example, borrowers can join a program that would fix the Swiss franc exchange rate applied to their debts at a level well below the current market value for three years. The difference between what is paid at the fixed rate and what is owed at the actual rate will be turned into a separate, local currency-denominated loan that also must be repaid, with interest, at the end of that period.

In France, variable-interest-rate loans pegged to the Swiss franc, known as structured products in banking jargon, became fashionable in the mid-2000s. Banks were seeking ways to improve profit margins on their municipal lending operations, which stood low because of intense competition. At the time, many lenders approached municipalities with enticing proposals, according to a July report by France's Cour des Comptes, the national audit office.

Structured loans often had lofty names, such "Helvetix" in the case of the Saint-Tropez product. Typically, the loans carried a very low, flat rate during the first few years after signature and, beyond a pivotal date agreed by contract, a variable rate pegged to risks that appeared both remote and manageable.

"They believed in Santa Claus," said Maurice Vincent, mayor of Saint-Etienne, a city in central France which, at one point, had as much as three-quarters of its €370 million debt in structured loans. "But the dream came to a brutal end."

Shortly before Mr. Vincent took office, in March 2008, the previous mayor had signed a €22 million structured loan with Deutsche Bank. The fixed rate of 4.30% was set to become variable from April 2010 and climb if the Swiss franc rose against the British pound.

Mr. Vincent said watching foreign-exchange movements turned into a daily torture. As the pound fell sharply against the franc and other main currencies in 2009, the mayor, who is also a university professor of economics, calculated that the interest rate would soon jump to a ceiling of 24%. The loan contract did include an exit clause, but the mayor said he considered the €17 million exit penalty "extravagant."

In late 2009, Saint-Etienne filed a civil complaint with a Paris court, accusing Deutsche Bank of having failed to provide the city with adequate advice. A Deutsche Bank spokesman declined to comment on the legal procedure, which is pending. In 2009, the bank had said that it "worked closely with the client to ensure that risks and opportunities of the transaction were well understood by all parties."

In its July report, the Cour des Comptes, the audit office, said French municipalities had between €10 billion and €12 billion of high-risk structured loans on their books.

"In some worst-case scenarios, the interest rates on these loans are double digit and can exceed 50%," the audit office said.

Some municipalities, such as Saint-Etienne, are now seeking to transfer all their "toxic" loans into a bad bank. The debt would be paid back by a special tax on banks, the municipalities say. The French government has so far said it was opposed to such a solution.

Saint-Tropez had total debt of €48 million as late last year, with about half as structured loans. Its mayor, Jean-Pierre Tuvéri, who declined to be interviewed for this article, is keeping a low profile on the fate of the Helvetix loan.

The former technocrat, who worked as a director at the Organization for Economic Cooperation and Development, has told city councilors that he favored a conciliatory approach with banks, according to local officials. An official at Crédit Foncier, a unit of Groupe BPCE which supplied the loan according to Saint-Tropez officials, declined to comment.

Ms. Guérin, the municipal council member, said the city currently pays annual installments of €234,000 on the Swiss-franc-tied loan. If the rate were to climb to 30%, annual installments would soar to €1.6 million, she said. If the city were to reimburse the entire loan ahead of schedule, it would have to pay a penalty of €2.9 million. 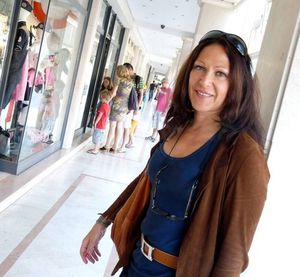